Cochin University of Science and Technology (CUSAT) was initially constituted as the University of Cochin through an Act of Kerala Government on 10th July 1971. The University of Cochin was re‐constituted as Cochin University of Science and Technology (CUSAT) in February 1986, redefining its objectives as "promoting Graduate and Post‐Graduate studies and Advanced Research in Applied Sciences, Technology, Industry, Commerce, Management and Social Sciences." CUSAT is now a world-ranking university with the specific purpose of developing higher education, emphasizing post-graduate studies and research in applied science, technology, industry, humanities, and commerce. CUSAT has consecutively been figured in the Times Higher Education World Ranking since 2017. The Times ranks around 1500 best universities worldwide annually with around 60 universities from India out of 967. CUSAT has also found a place in the QS World University Ranking and the National Institutional Ranking Framework (NIRF) of the India Government.

Cast in the mold of a federal University, CUSAT is now a premier Science and Technology University in the country, re‐accredited with NAAC 'A' Grade. During the intervening four and half decades, CUSAT has made quantum leaps in its academic pursuits and has spread its wings far and wide, encompassing the novel and emerging realms of the horizon of knowledge. The University has entered into several collaborative ventures with reputed Universities and Institutions worldwide. Scores of National and International academic discourses, seminars, workshops, etc., are held in the University every year, providing opportunities to the student community to update themselves in their respective fields of study. The Advanced Centre for Atmospheric Radar Research (ACARR), one among the many Centres of excellence of CUSAT, is included in the Prime Minister's "Make in India Program." UGC/AICTE approves all the Academic Programmes of CUSAT. With the active support of the Government of Kerala and various Central agencies and international collaborations, the University is poised to scale new heights in the years to come. The research activities are supported and funded by the Central Government agencies like UGC, DST, DBT, MHRD, etc., as well as by various international research partners through various MoUs.

True to Kerala's legacy of being the friendliest state with an avowed dedication to education, CUSAT is home for students from across the globe. The University takes pride in the fact that it has an envious record in campus recruitments. The pool of its highly successful and talented alumni, who adorn vital positions in several highly acclaimed R & D institutions and corporates in India and abroad, are the living testimony of the academic excellence of CUSAT.

The University aims to become an Institution of Global Standard by continuously improving its quality of academic activities, taking up research and innovation in the frontier areas and by ensuring conducive state-of-the- art infrastructural facilities.

CUSAT will continuously strive to generate a human resource of global competence   by imparting most modern knowledge and training to its student community and to take up Research and Development activities in the frontier areas so as to contribute positively to the progress of the society and the Nation. The University shall have the following objectives as its mission:

1. to encourage and promote research and innovation in applied science, technology, industry, commerce, management and social  science for the advancement of knowledge and for the betterment of society;

2. to provide facilities and offer opportunities for graduate and post-graduate education in applied science, technology, industry, commerce, management and social science by instruction, training, research, development, innovation and extension and by such other means as the University may deem fit;

3. to devise and implement programmes of education in applied science, technology, industry, commerce, management and social science that are relevant to the changing needs of society, in terms of breadth of diversity and depth of specialization;

4. to serve as a centre for fostering co-operation and exchange of ideas between the academic and research community on the one hand and industry on the other;

5. to organize exchange programmes with other institutions of repute in India and abroad with a view to keeping abreast of the latest innovation and developments  in relevant areas of teaching and research. 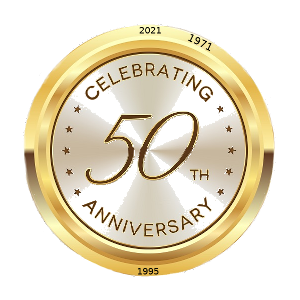