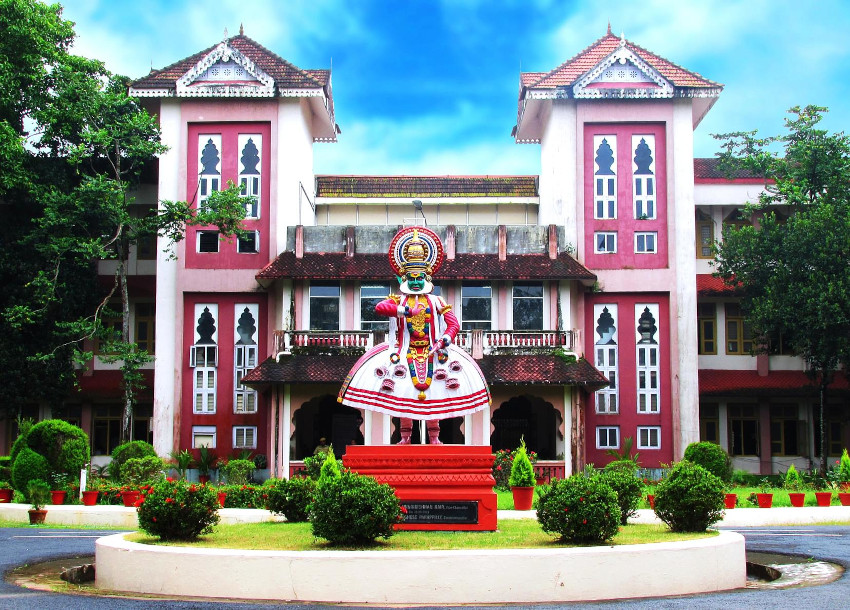 The main campus is 1.5 km off the National Highway 47 in South Kalamassery. The campus is set in about 180 acres of sprawling green landscape with rolling hills, fresh breeze and golden sunshine. With the main building styled in traditional Kerala architecture, the campus houses various Departments & Schools except Marine Sciences, in addition to the administrative office, auxiliary institutions, hostels, guest house, visiting faculty complex, computer centre, central library, staff quarters,playgrounds and other amenities.

There is a fascinating myth about Thrikkakara connecting Vamana, the fifth avatar of Lord Vishnu (also called Thrikkakarayappan) and asura (demon) King Mahabali, popular among his subjects as poverty and sorrow were unheard of during his reign. This popularity made the gods jealous and they tricked Mahabali into being banished to Patala, the nether world. He was given permission to visit his subjects once a year. Onam, the famous harvest festival of Kerala is a celebration of this yearly visit.

The Administrative office coordinates all the activities of the departments and affiliated colleges. The fully computerised Central Library is a central source of information for the academic community of the CUSAT. The Computer Center provides free internet access to the students. The campus hosts the buildings of the departments. The SOE campus has divisions of engineering and corresponding labs and workshops. The Siberia campus block consists of classrooms for engineering courses and a new lab building (NLB) which houses department centres and labs. The campus has a Triveni Coffee House and other canteens. There are three men's hostels — Siberia, Sarovar and Sanathana — and five women's hostels — Aishwarya, Anashwara,Athulya,Anaga and Ananya. A new B. Tech hostel has been set up. The campus hosts the accommodation of its employees.